Keeping Your Business Profitable Well Into the 21st Century

KEEPING YOUR BUSINESS PROFITABLE INTO THE 21st CENTURY 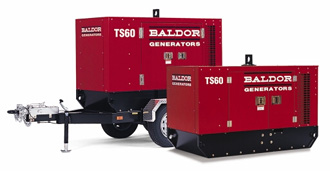 Whenever a storm ravages through an area, it is not only homes and people that are affected. Many businesses lose infinite amounts of money after storm damage forces them to temporarily shut down, as a result of power blackouts. The direct result of power outages is frequently significant revenue loss and the possible loss of customers.

If business owners take into consideration all of the possibilities of lost revenue due to power outages, many business owners will agree that the economics of investing in standby power is truly a no-brainer.

A Business Without Power Is Losing Money

Just imagine what would happen to a Wal-Mart store if power were lost for any significant amount of time. If the store was situated in the perfect location and averaged $10,000 an hour at the cash register, lots of potential revenue would definitely be lost during a power outage. If you carry that figure out to a full day's worth of operations lost, the loss in sales is nearly a quarter-million dollars in lost revenue for the store. Furthermore, the store would still be paying inactive employees while they await power restoration.

Had this hypothetical Wal-Mart store been backed up with a permanent standby power source, they would have been able to ride the wave of the storm and would have still managed to come out with positive cash flow during the utility outage. The advantages of being open while a competitor without backup power is shut down are tremendous. Companies that are equipped with power generators are better suited to preserve revenue, maintain security, avoid losses, and protect their bottom line.

One diesel generator industry titan recently found that while more than 7 of 10 companies believe a back-up power supply is essential, only 1 in 5 companies are actually prepared to deal with a power outage.

Power generators not only ensure that business owners live more stress-free lives, but they are also engineered to take out most of the guesswork. A typical generator will constantly monitor the electrical current and will start up if power is interrupted, and they will shut off when utility service is restored. Generators will supply emergency power to all vital and selected loads as desired. Today, many companies are in situations where they require uninterrupted power and as a result they must have power generators on hand.

Although a store like Wal-Mart is open in most instances for 24 hours a day, over the course of the day, power demands will fluctuate, with the most power being used during the early afternoon hours. Regardless of the hour, you can never accurately predict when you will need backup power. This is why permanent standby generators seem to always come in handy. Everyone will need electricity sometime or another in order to keep business processes flowing.

Decision Analysts Inc. conducted a national survey in January of 2004 for Emerson. They found that of 411 small business operators, the majority was not prepared to withstand a lengthy power outage (+/- 5%):
·  80 percent of small businesses experienced an electrical power outage in 2003.

·  60 percent have no type of back-up power supply.

Why Permanent Generators Are Better Than Portables

There are a whole slew of reasons as to why people require the use of a permanent standby diesel generator. When a crisis occurs with the end result being a blackout, people in these hard hit areas are always very glad to have the power generators around. Whether it is hurricane, tornado, ice storm, earthquake, brownout, or even just a blown transformer, business executives do not risk their reputation on wishful thinking. The inevitable will happen, and when it does, mission critical operations must continue uninterrupted.

Businesses can use portable and permanent diesel generators to power certain necessary items like lighting, computers, heaters, fork truck battery chargers, dock door motors, phone lines, water pumps, and other essential items. This capability puts these companies ahead of their competitors, allowing them to keep earning revenue until power can be restored. Portable generators can also be used in homes and home-based businesses to provide electrical power in areas where extension cords are not as efficient or safe to run.

75 percent of U.S. small businesses rate electrical power outages as only marginally less of a threat than competition (79 percent) and trauma from computer failure and a fire (77 percent).

Additionally, many construction businesses that do most of their work outside tend to have portable generators to supply power to on-the-job tools onsite. This saves a lot of time and money. Portable generators can be used in most situations that require emergency or non-emergency electrical power.

Whether it is recreation, commercial or in home use, portable diesel and natural gas generators are essential for many organizations. If you have any doubts about emergency standby generators, it is wise to think about the worst-case scenario that would occur if a storm were to shut down power in your neighborhood for a day or a week. When it's all said and done, utilizing a power generator will allow you to maintain a relatively normal lifestyle, while everyone else around you endures difficulties.

Especially considering recent electrical utility shortages from coast to coast, a backup generator is a great tool to have on hand. Brownouts are when the electric utility company cannot keep up with the high demand for electricity. Blackouts are when electricity is totally lost. Both brownouts and blackouts can be addressed effectively by having a backup power generation system on site and ready to go at a moment's notice.

A portable generator can be defined as a box of power that is often used to supply electrical energy to almost anyone, anywhere and at any time. Generators have countless other uses, but above all, for many businesses, they are simply lifesavers.